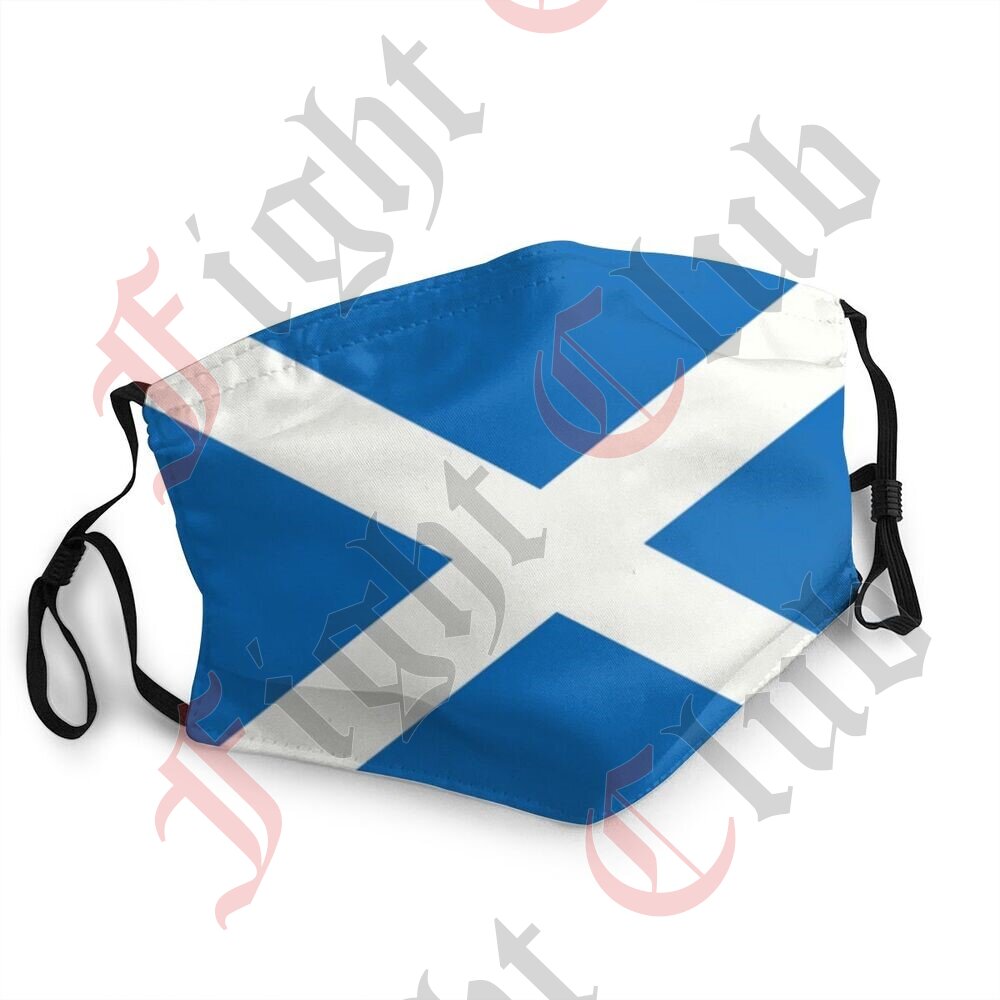 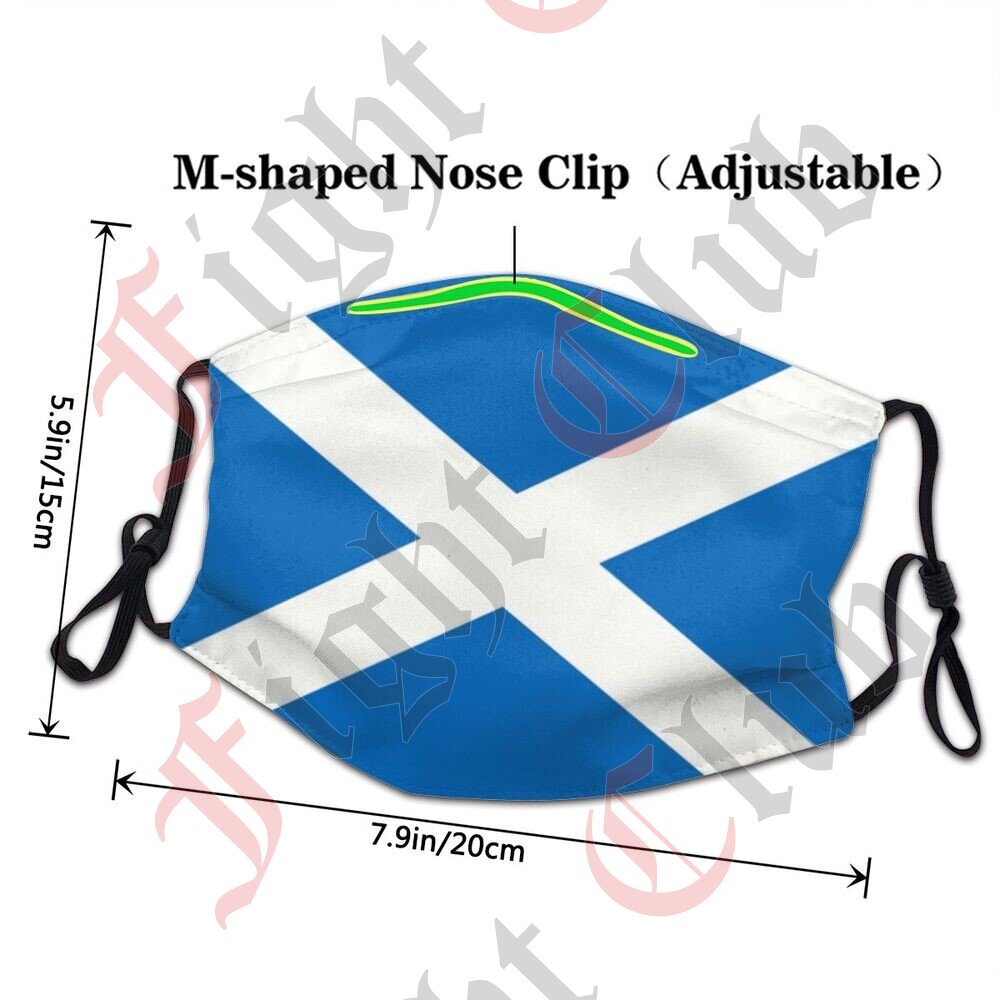 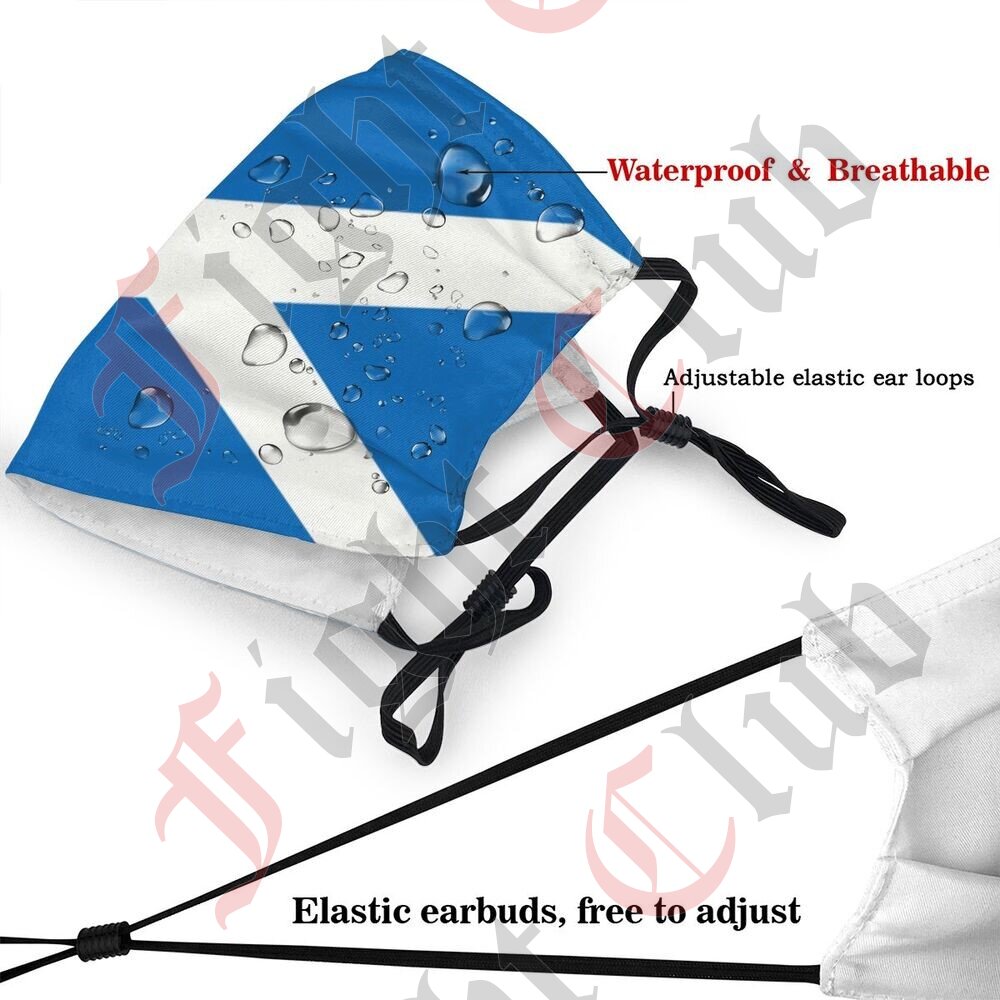 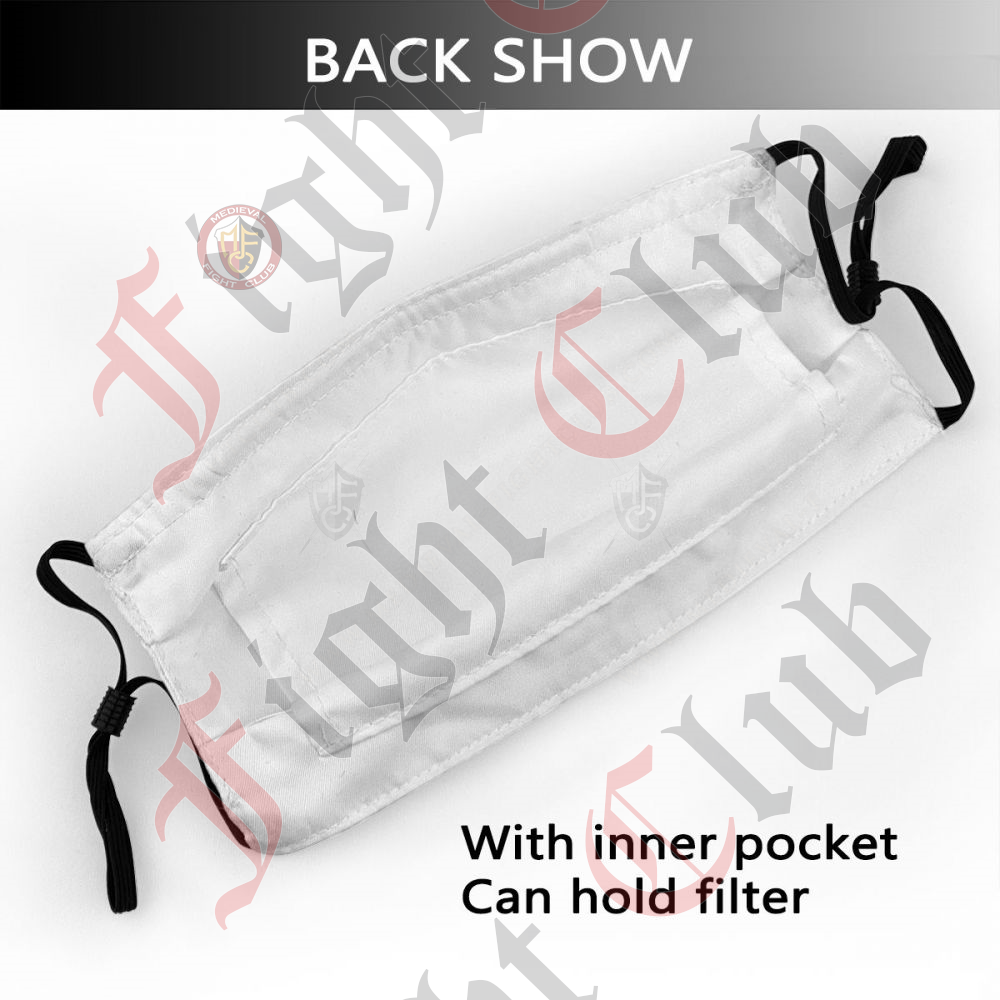 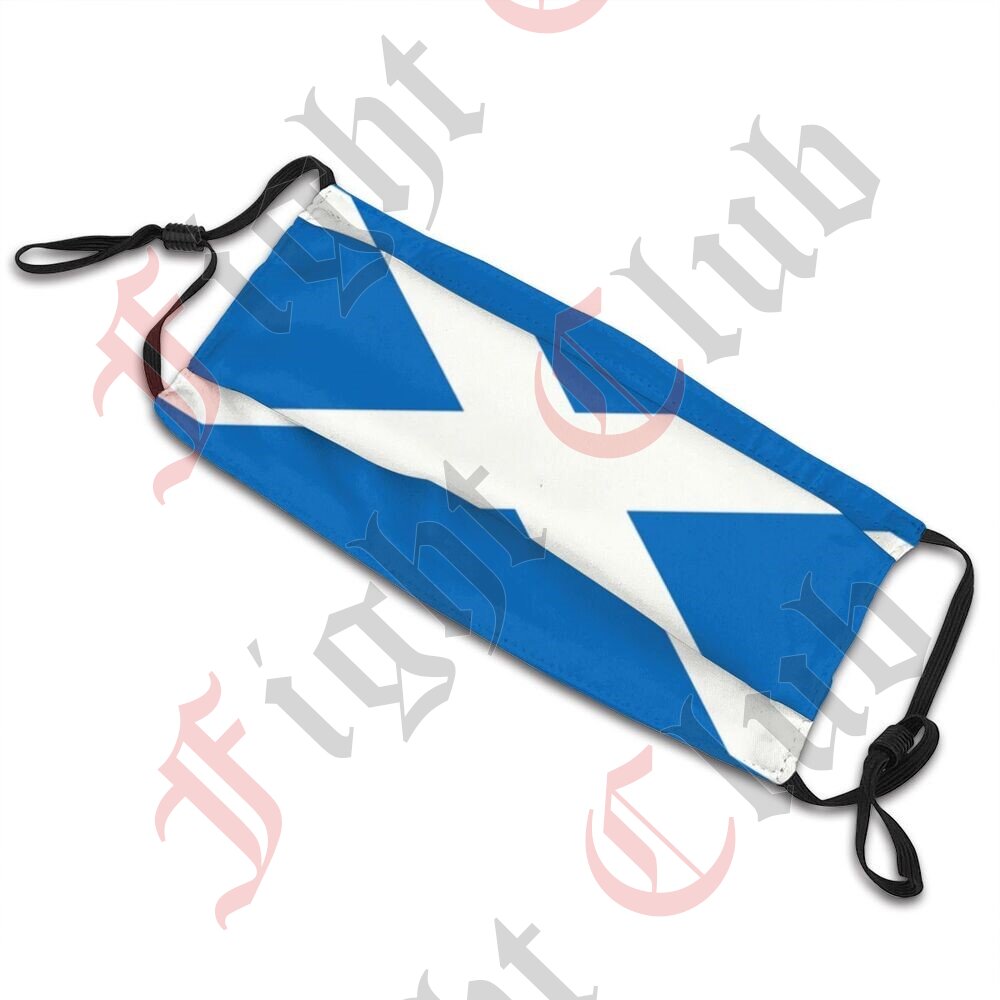 A sleek and comfortable cloth face mask to add to your outfit or style. Face masks are becoming more and more common, so why not personalise them?

The flag of Scotland (Scottish Gaelic: bratach na h-Alba; Scots: Banner o Scotland, also known as St Andrew's Cross or the Saltire) consists of a white saltire defacing a blue field.
Legend has it that King Angus (fearing defeat at the battle at Athelstaneford, East Lothian, in AD 832) led prayers and then saw a cloud formation of a white Saltire in the blue sky. The king vowed that if, with Andrew's help he won, he would make him the patron saint of Scotland. The Scots won and the Saltire became the flag of Scotland.

The mask is one size and has elastic ear loops to help fit any size face. It also features a sleeve in which to place air filters and a steel wire for the bridge of your nose.

Use two fingers to move the map